A Personal Perspective on Managing an Open HW Project - Part 2

$120k and a year after my previous article, you might be interested to know what happened behind the scenes... 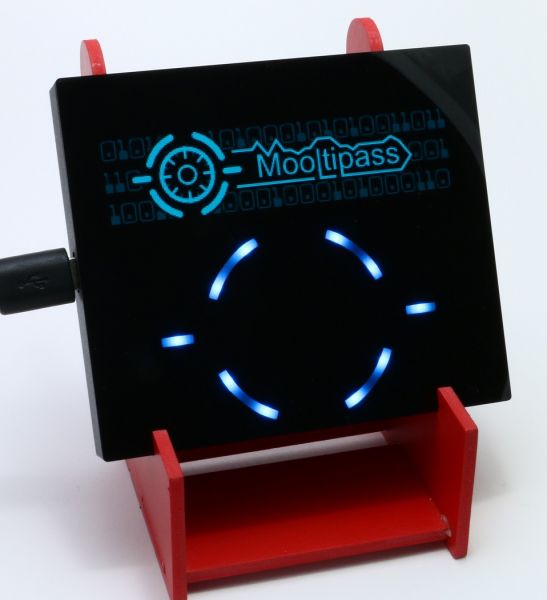 Let's pick things up where we left off

I can't believe the Mooltipass project is already more than 15 months old... it has been (and still is) an incredible ride. In my previous article the project had only started 4 months earlier.
I'm happy to say that during the months following that post everything went pretty smoothly. We however had a few contributors disappearing from the grid (without any warning) or simply making extremely little progress. This forced me to take over their work, I ended up taking care of the complete USB stack and rewrote few pieces of the Mooltipass code.
As contributors were not remunerated (only hand soldered devices were sent to them) these events were to be expected, especially for a project lasting this long. To be completely honest I had considered and accepted the possibility that I might end up doing most of the work when I started this adventure.

Obviously our code related progress updates didn't attract a lot of attention. We were one of the only projects that hit a crowdfunding platform with most of the code already written and tested. I'm guessing we were the only project with all its code already published for everyone to see. We had (and still have) wonderful beta testers who gave us invaluable feedback and suggested features we never would have thought of.
To keep the interest going, we asked our project followers to subscribe to our official mailing list to be informed of the launch date. This way they could get preferential pricing by backing the campaign early. As you can see, this was an excellent strategy:

It was mentioned somewhere that successful campaigns raise at least 30% of their funding goal in less than a week. We hit 50% in a week, yet we had a 10 days campaign extension for the mere 3% we were missing.
Designing the campaign took around two months. This is not something that should be quickly done. Ideally a project should already have a community before hitting Kickstarter / Indiegogo, so it can benefit from its feedback and make sure that the message you want to send is perfectly understood. When you've been working full time on something, you sometimes lose track on how to clearly explain what you're making and how to adapt your message to all audiences. This can be a show stopper when what you're trying to sell is a technical product. Writing the video's script took many days and a lot of back and forth with selected reviewers.

In short: an emotional roller coaster.
I was pleasantly surprised to see that very few people asked questions that were already present in the FAQs. Of course there were a few internet trolls and other guys saying "I'm keeping my passwords on a piece of paper so that's safe". Managing the campaign took a lot of time. You will need to contact websites, target their writers, make press releases, get your backers to promote your campaign, run a referral contest... 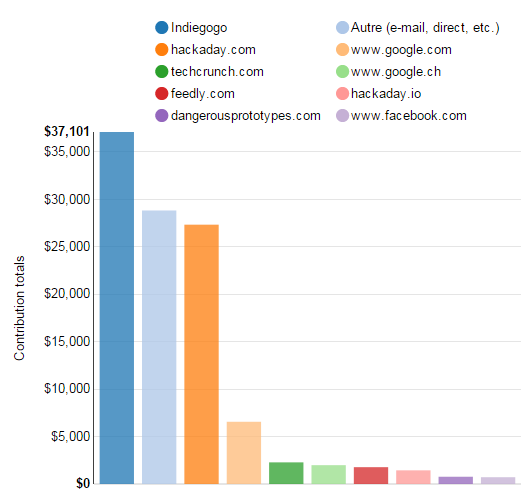 As you can see we could have benefited from someone from the marketing world. The Mooltipass project is made and run by technical guys who only used the wisdom of the crowd to find ways to promote their idea. Anyway... we hit our goal!

The People Who Stuck Around

I want to emphasize the fact that the developers who stick around since the beginning are truly exceptional people, who programmed for the love of open source. Nobody (including me) received any money, except the programmer we hired to work on the Chrome App and Extension that none of us (and the Hackaday followers) could do. Unfortunately we are currently waiting for this programmer to finish his tasks for the production to start, as only him can make sure that several firmware functions are correctly implemented and beta-tester proof.
Unfortunately (bis) it seemed he wasn't fully aware of what he was getting into even though we provided him with an extensive, well detailed todo list and told him we were here to answer all the questions he could have before making us a final quote. This resulted in inevitable delays...
Interestingly enough we also lost a few beta testers who got taken in other things... as with our contributors, this was inevitable. I however noticed that these particular beta testers purchased devices during our campaign.

People often don't realize how many things should be taken care of once the campaign ends.
In our case, among others, we had to design our electrical and functional tests, finalize the production and assembly processes, handle the many emails we received to add perks to the original orders, check the shipping addresses, handle special cases in which backers were not sure what they had chosen... This also took a lot of time.
We are trying to provide our backers with weekly updates while making sure that all the pieces fit together. There are so many components with very different lead times we had to order... you end up always making sure you haven't forgotten anything.
However, with the mass production about to start, it seems that everything is set to succeed!

Nice project! Haven't read much about it to be honest but it indeed has much potential. By the way, did you design the housing yourself?

@D-Three : Hello there! The mechanical design was actually made by a previous colleague of mine.

Previous entry:
« Trying to Make a Tiny NFC Reader with a TRF7970A
Next entry:
A Timeless Fountain »