Having fun with a Teensy and an Acer Aspire One

Yes, this project was a lot of fun

.
As I had to disassemble my Acer Aspire One to replace its hard drive, I decided to do a couple of other modifications....

Hey Guys!
This project being not that complex, I will put here more pictures than text. I'm sure you are a bit lazy to read what I write anyways 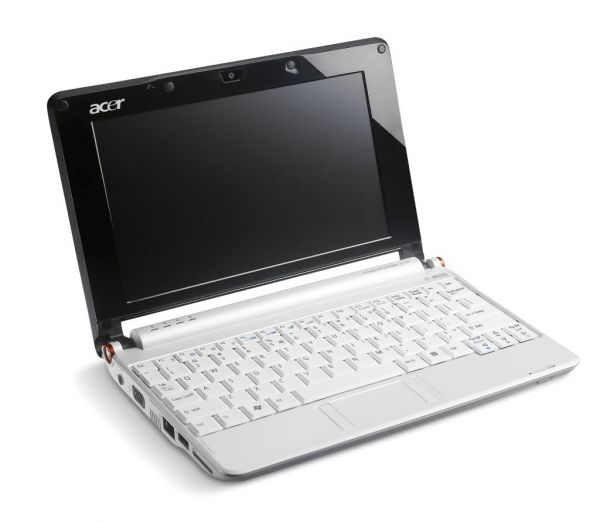 So I have had this notebook for quite a long time now, and as it doesn't cost much I thought that I could do some modifications on it.
First I decided to replace its original (very slow) 8GB SSD with a Compact Flash Card, and then to completely change the color of its casing. So I bought these on ebay: 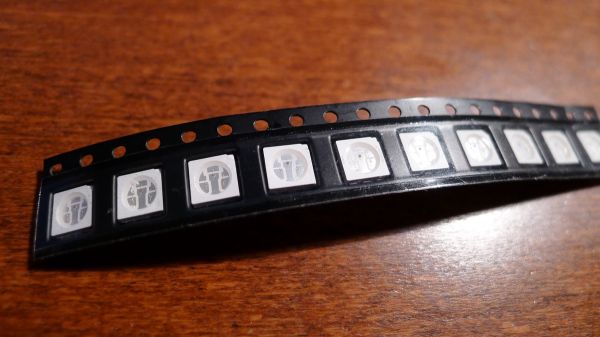 which are 5x5mm PLCC-6 RGB Leds, and then tried my (awful) talents at spray painting: 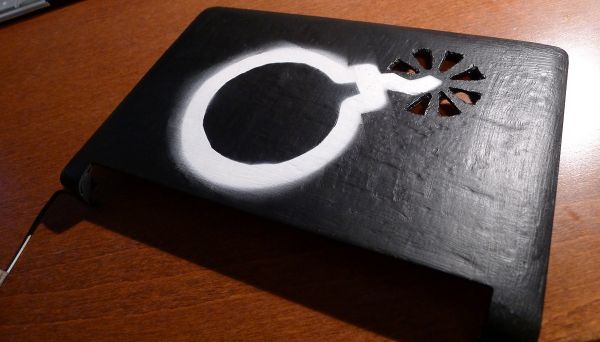 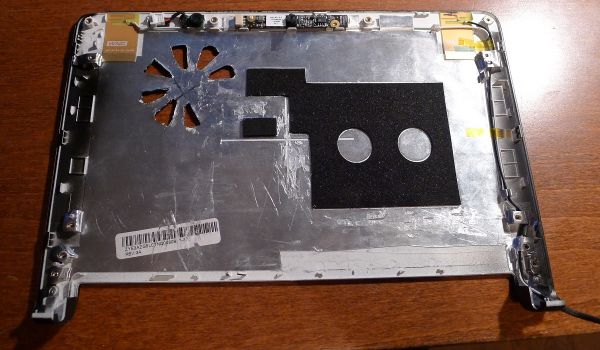 the idea being to animate the logo painted on the case. Thus, I designed a very thin Flex PCB:

meant to be put between the notebook screen and the plastic casing. Then I found some (very) small insulated wire: 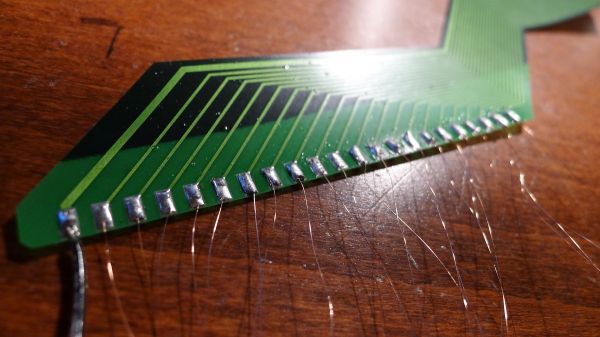 allowing me to connect the leds to the driving circuit while being able to pass it through the notebook joints: 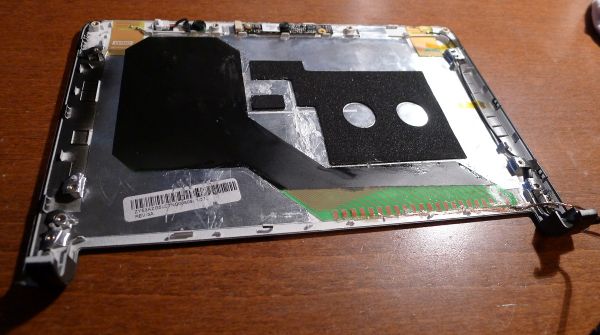 To drive all the LEDs, I thought that it would be nice to use a teensy as it is small enough to be fitted under the notebook keyboard. So back to work, some soldering:

and hot glue to fix the wires and reset button: 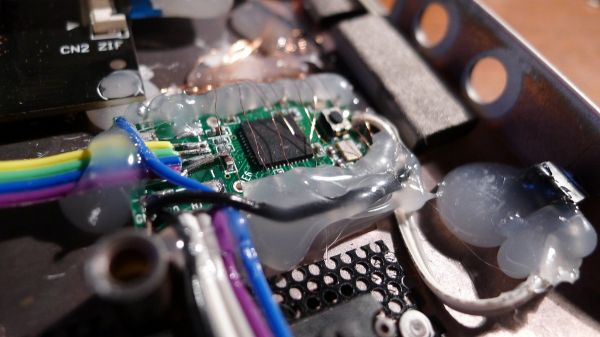 and everything is integrated in the notebook! 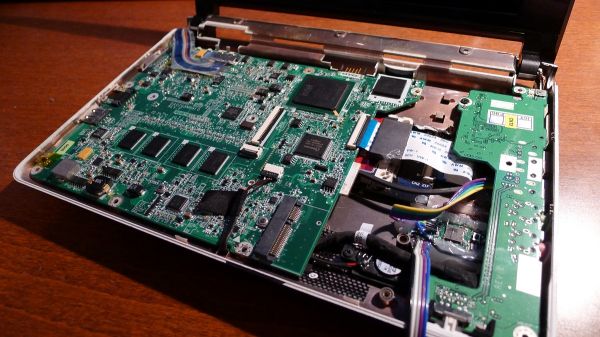 Tada! Fairly simple, right?
10 minutes of coding and here is a simple test:


Test of the system!

Where did you get that flex PCB made at and how much did it cost?

@Tero Miettinen : Hi Tero! Actually where I work (in Switzerland) it is possible to manufacture this kind of PCBs... but if you have one or two you'd like to make, you can contact me

@limpkin : Thanks for the offer but I don't have any projects in mind currently

Where did you get your teensy from? i just found pjrc, as the direct retailer and creator of them

and i could only find cheap mockups in europe

@nuit : Hi Nuit! Actually a friend bought it for me, on pjrc

Very cool project! And very nice that you work at a board house (pcb mfg). Do they let you make PCBs whenever you want? There are a lot of possibilities for flex PCBs... and it gets me thinking outside the box.

I have an idea for a pattern you can add to your BABOMB. Randomly flicker all LEDs on for a short time so that it looks like it's sparking, and then every 2 or 3 seconds turn one completely off and keep the others going. Once they all go out, delay for a second and flash them all again at the same time on and off to indicate an explosion. You could accomplish the random action with some math, and then control the LEDs with an indexed array of pointers that have port masks assigned to them. Randomize the index, and use the array as a lookup table to control LEDs. Then every 2-3 seconds remove the currently indexed array element, and collapse the array around the empty element (just shuffling them over one at a time), then decrement the MAX_INDEX counter to keep your random numbers matching your array size.

@Brett W. (FightCube.com) : Hey Brett! Yes, I can make whatever PCB i have in mind :D. Your pattern idea is awesome! For this video (20 lines of code actually), i'm using a lot the rand() function. I will surely implement your idea :).

Id look into using a CF card as primary storage, they arent the same as SSDs and the amount of write cycles they can handle is generally a metric fk ton less. Just a heads up amigo

@Rikki : Don't worry, I pratically never use this computer